I believe this shrine is in honor of the memory of Curtis Wills-Bey. There have been numerous homicides in this area over the years. I trust that safety and peace returns, and that Mr. Wills-Bey rests in peace. 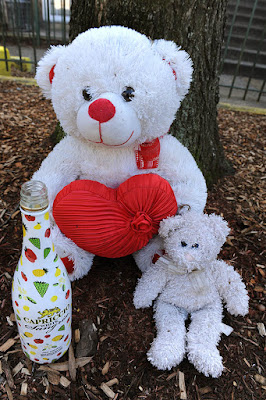 From a DC Police report: Detectives from the Metropolitan Police Department’s Homicide Branch are investigating a homicide that occurred on Saturday, December 29, 2018, in the 3000 block of Stanton Road SE, Washington DC. At approximately 2:21 pm, members of the Seventh District responded to the listed location for the report for a shooting. Upon arrival, officers discovered an adult male suffering from multiple gunshot wounds. DC Fire and Emergency Medical Services responded to the scene and transported the victim to an area hospital for treatment of life-threatening injuries. After all life-saving efforts failed, the victim, identified as Curtis Wills-Bey, 53, of Southeast DC, was pronounced dead.