From a DC Police report: Detectives from the Metropolitan Police Department’s Homicide Branch are investigating a fatal shooting that occurred on Sunday, October 21, 2018, in the unit block of New York Avenue NW, Washington DC. At approximately 7:15 am, members of the First and Fifth District responded to the listed location for the report of sounds of gunshots. Upon arrival, members located an adult male, inside of a vehicle, suffering from multiple gunshot wounds. DC Fire and Emergency Medical Services were summoned to the scene and transported the victim to a local hospital. After all lifesaving efforts failed, the victim was pronounced dead. The decedent has been identified as Marc Anthony Bolden, 28, of Northwest DC.

I spoke with several people who were tending to this shrine to Mr. Bolden, including his well-spoken cousin. They told me that he was a father, and had been raised by his mother to be a good man.

One woman at the site was wearing a T-shirt in his honor and memory.

A wish of peace and consolation for them and his family. 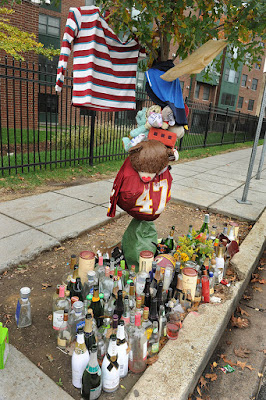 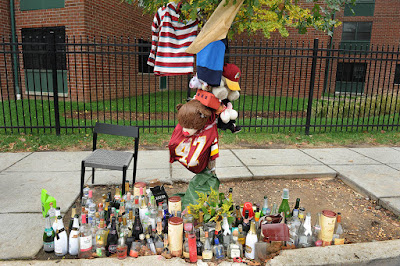 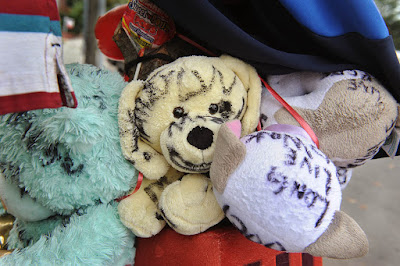 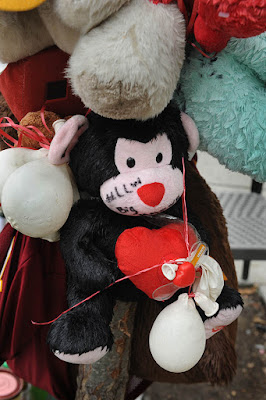 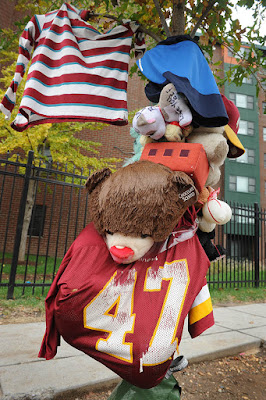 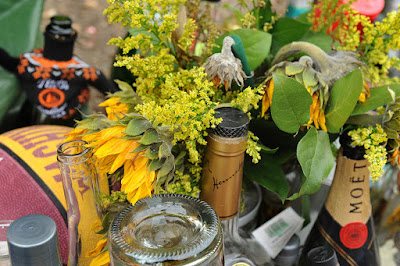