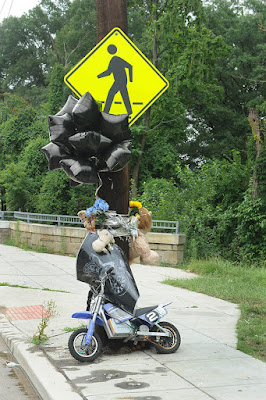 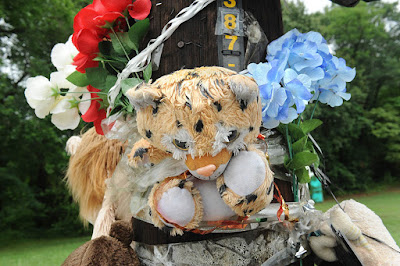 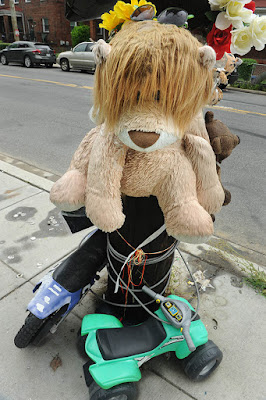 A memorial at the scene of the crash continues to grow as Price's friends are upset and believe police played a role in his death. “He was a genuine person, very genuine and he is going to be missed and he is going to be loved,” said Ashley Dorsey, Price’s friend. “We are just trying to keep the peace and we want this to be noticed,” said another friend. “We don’t want this to be at a standstill. This thing is serious and the police need to be held accountable for their actions also.”
The. following night, several ATV and dirt bike riders were seen riding up and down the street on Division Avenue in the same area where Price was killed. A person on an ATV was seen riding slowly while he revved his engine, flashed his middle finger and performed wheelies as a DC police cruiser with its lights and siren on followed close behind him.
Posted by Lloyd at 8:36 PM