From a DC police report: On Friday, June 27, 2014, at approximately 4:15 am, members from the First District responded to a call for a check on the welfare in the 1200 block of Howison Place SW, Washington DC. Upon arrival, they located an adult female unconscious and unresponsive inside the residence.  DC Fire and Emergency Medical Services personnel responded and found no signs consistent with life.  The decedent, identified as Mary Anne Thomas, 53, was subsequently transported to the Office of the Chief Medical Examiner for the District of Columbia where an autopsy was conducted and determined the decedent suffered a gunshot wound. 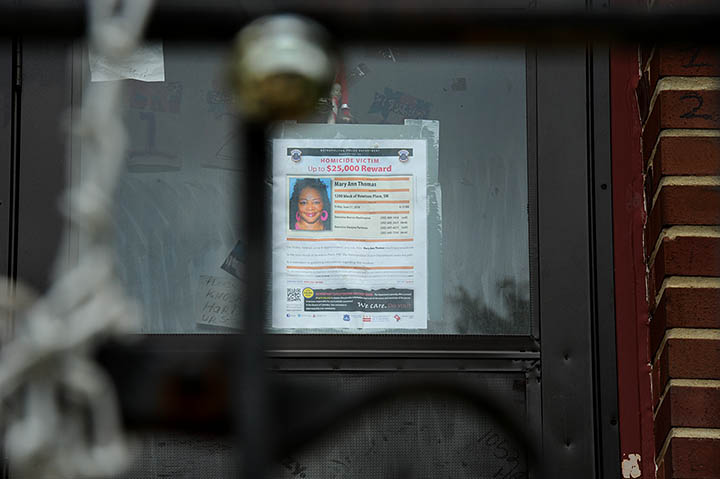 The neighborhood she lived in is very near both Arena Stage and the National's Stadium.

There is more information on Ms. Thomas's case at HomicideWatch.