From a DC Police report: On Monday, January 20, 2014, at approximately 10:56 pm, police officers from the Third District responded to a call for the report of an unconscious person in the 700 block of Girard Street NW, Washington DC. Upon arrival, they located an adult male and an adult female suffering from apparent gunshot wounds. Neither victim exhibited any signs consistent with life. The male victim has been identified as Oluremi Thomas, 36. The female victim has been identified as Keyonna Proctor, 24.

The police crime tape to the victims of this double murder was in a quiet snow-filled alley not far from Howard University. 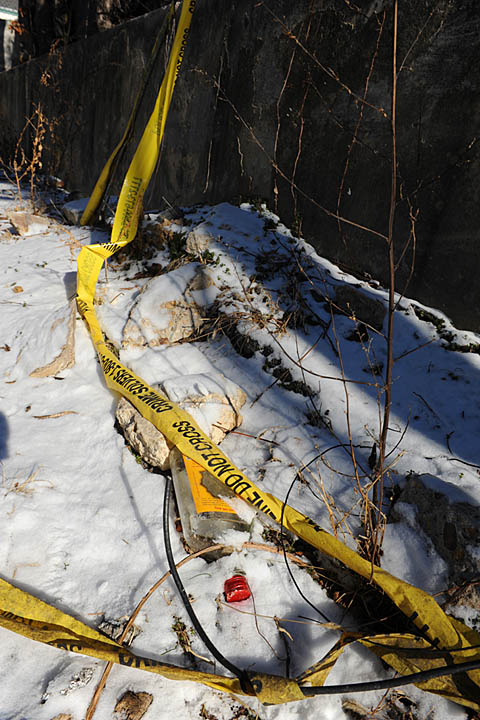 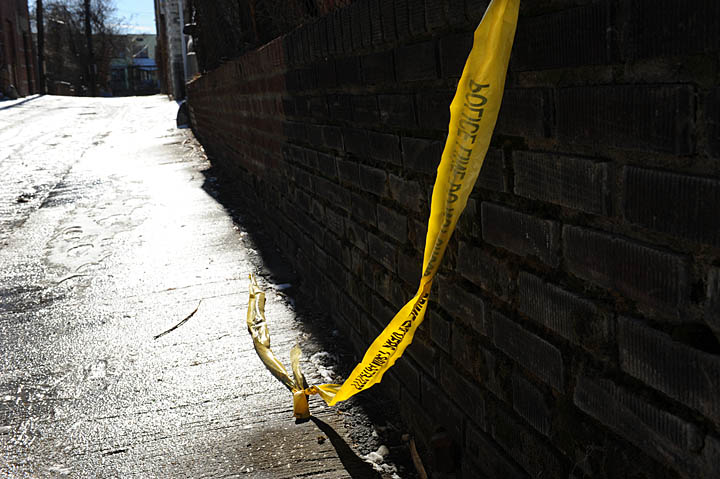 More information on their case can be found on HomicideWatch.