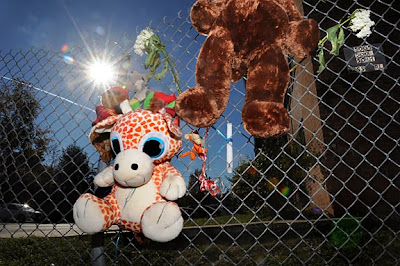 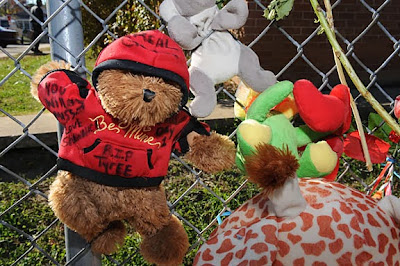 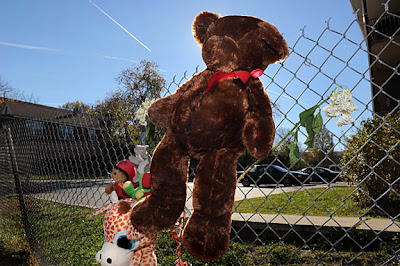 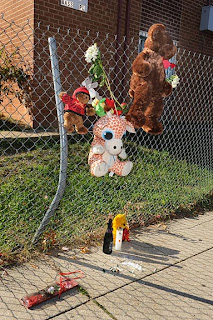 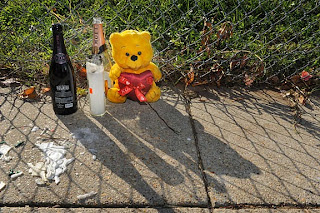 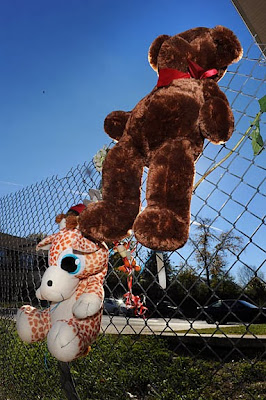 From a DC police report posted on HomicideWatch: On November 8, 2013, at approximately 3:23 am, police officers from the Sixth Patrol District responded to the 5000 Block of Bass Place SE, Washington DC, for the report of a shooting. Upon arrival, they located an adult male suffering from multiple gunshot wounds. DC Fire and EMS transported the victim, identified as Tyree Beysean Miller, 27, to a local hospital where he was pronounced dead.

From a news report on NBC Washington: A semi-automatic weapon police found beside the victim may have been used in an exchange of gunfire with one or more shooters. More than two dozen shots were fired, damaging about a half dozen cars in the area. WUSA reports that classes at the school will not be interrupted by the shooting.

While documenting this site, I spoke to a couple of people in the neighborhood, and heard a couple of other sad tales of homicides nearby, and how they had affected their lives.