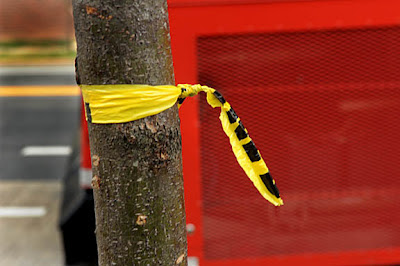 From a report by WJLA TV: A 49-year-old Northeast D.C. woman has been charged with 2nd-degree murder while armed after police say she stabbed a man Thursday night during an altercation near a 4th Street NE bus stop. MPD officials say that Quindetta Cosby allegedly pulled out a knife and stabbed Paul Lawrence Morris, 49, while he was hitting her just after 6:20 pm Thursday September 13, 2012. Officials say the stabbing happened at a bus stop on 4th Street NE, near the 300 block of Bryant Street NE. According to authorities, witnesses told police that Morris began assaulting Cosby at the bus stop, and during the alleged attack, another man intervened and tried to separate the two. At some point during the attack, though, police say Cosby pulled out a knife and stabbed her attacker. Morris later died.
Posted by Lloyd at 10:46 PM