From a police report: On August 6, 2012, at approximately 12:15 am, patrol officers responded to the 5000 block of Temple Hill Road, Temple Hills Maryland, for a shooting. Upon arrival, officers found Anthony Boatwright, 18, lying on the ground suffering from a gunshot wound. Boatwright was pronounced dead on the scene. The investigation revealed Boatwright and Sales happened upon each other on the side of the road and got into an altercation. The investigation found Sales shot Boatwright and fled the scene; Patrol officers set-up a perimeter and found Sales not far from the crime scene. Darrel Sales of Ft. Washington, MD was arrested and charged with second degree murder. This tape is immediately adjacent to Elim Baptist Church. 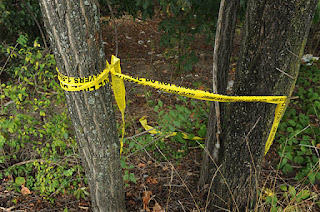 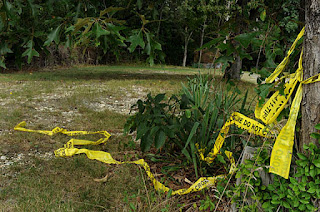