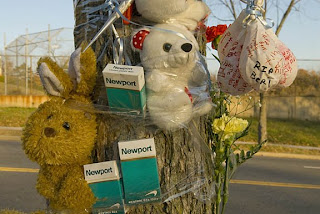 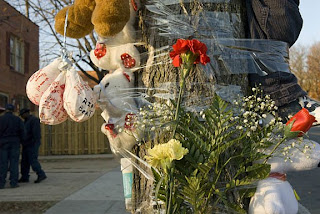 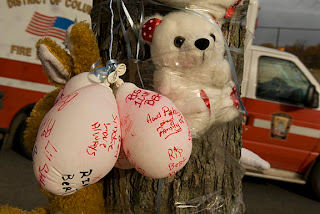 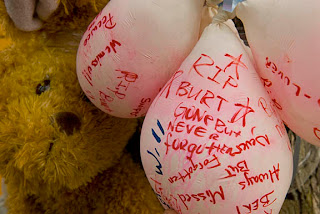 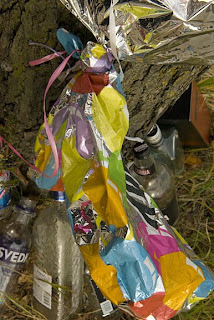 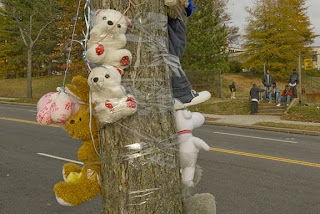 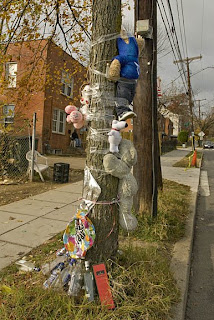 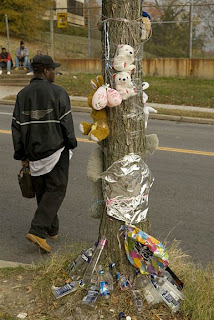 While photographing, a childhood friend of his spoke wih me, and related that Mr. Holmes left behind a wife and two sons, about four & thirteen years old. There was to be a candlelight vigil on 11/8/08, and his funeral was held on Monday 11/10/08.

The family is very distraught. His friend told me nothing anyone could do would ever justify killng someone. Amen.

I returned after the funeral and photographed new objects that had been left in homage, flowers and cigarette packs mainly, that had been placed at the gathering over the weekend.

There is currently another shrine standing within sight distance of Mr. Homes shrine.
Posted by Lloyd at 2:39 PM